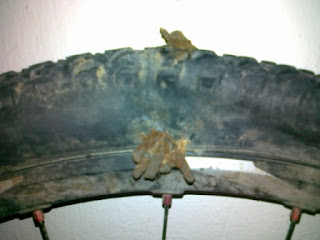 Paul Gripper and Colin Myers caused a national shortage of tubeless plugs with this move. Strongly recommended for triple sidewall cuts over 20mm in diameter.


This man, or rather, the rider of this saddle, got frostbite. 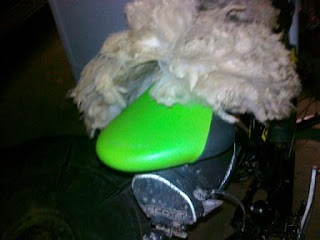 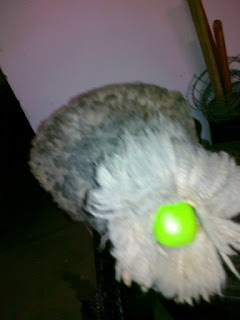 Was it possibly divine retribution for trying to imitate this? 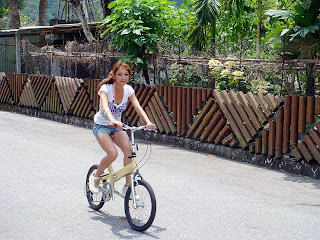 If you're not following this, www.freedomchallenge.org.za , you're missing some serious stuff.

This ain't no showy weekend warrior "multi-stage mtb race", this is the soul, the very core of the matter.
Posted by Johann Rissik at 9:14 AM No comments:

Days of the Dead Moon

This outing was originally supposed to have happened on Commissioner's Salt Pan, but the recent heavy rains made that a non-starter. 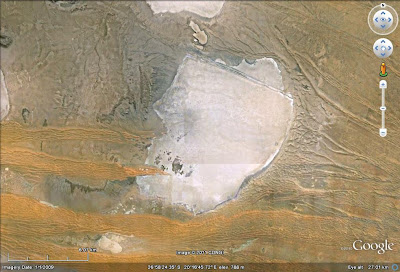 but in the interests of a smaller carbon footprint (and more riding, less driving) we opted for Mirabib in the Namib Desert in Namibia. 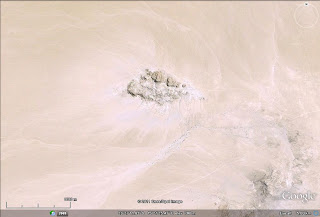 .
That's how the innocent doddle around a pan at full moon turned into a subversive cross-border raid under cover of a total lunar eclipse. I suggest you fly your own tour of this area in your private Google Erf Jet, it's a magical landscape of  gravel desert and red sand dunes.

Shortly after arriving in Windhoek, I was treated to some local after-dark single-track by the locals, if the plan was to see me invest in some of their real estate, it worked. On one of the tighter, windy bits, I bought some farm courtesy of a large rock in the long grass. Due to the late hour, I was the only one who saw myself fall, so they'll just have to take my word for it.

Preparations for the Namib outing were thorough, as we had been warned of extreme cold in the desert. Being well-experienced hill-climbers, we graciously opted out of riding up the Kupferberg Hill on our way out (have to save something for later). Kim and I will be riding the Us Pass in the Dash (probably in the dark) so we recce'ed that. Like all downhills it also involves some some uphill, funny that.


To see the Kuiseb river flowing strongly in winter is something else. It had to be swum in. 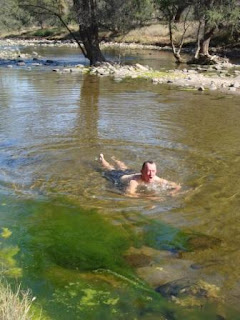 That night's stop was at Niedersachsen Guest Farm. Interesting experience. They've had six times their average rainfall so far this year, so it wasn't surprising to see the spiderweb tree phenomenon a la Pakistan.


Day two started with Sandra and Adino riding into an increasing headwind, not fun on these "narrow, winding desert roads". (Rumour has it you can land a microlight sideways on them, so there's nowhere to hide from the wind.)

Deserts conjure up all kinds of different things for different people, this is not exactly what I had expected.

We turned south and headed down into the Namib, things often look deceptively close in this vast landscape with few points of reference. Mirabib was deserted, as we'd hoped, our campsite chosen for it's view of the setting sun and the rising moon. Mui perfecto.

It wasn't long before we had to contend with this....
..and then this
At which time we set out around the rock...
Next day the sun came up just after the moon set, we had been over-indulged in matters lunar. The day's plan involved riding down to the Kuiseb river near Hoameb. It's hard to explain the generally downhill ride, through the desert filled with knee-high grass, towards the elusive red dunes. This is what it looks like from above.. 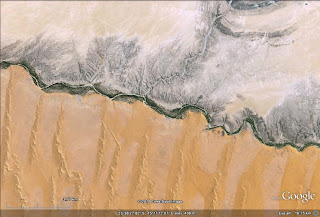 On the ground it's a whole different story, those red sand dunes stopping abruptly at the river. Go and Google Erf it, or better still, go there.
If you look very carefully, the red dunes are on the horizon. 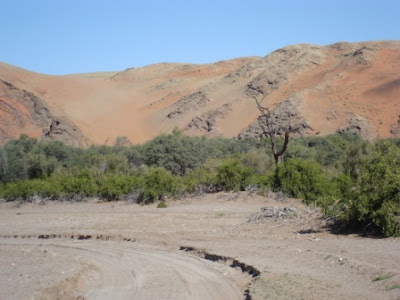 I bailed, leaving Kim and Adino to complete the ride down to the river and lunch.
Back at camp, it wasn't long before one of the local shepherds came by, kindly offering medication for a suffering cyclist. He even claimed to know someone in the pharmaceutical trade, so we latched onto him.

Good coffee, warm sun, home made rusks fantastic company. The life.
On the way home, we detoured past the Kuiseb Canyon. This is one of the spots where Henno Martin and his friend hid during the Second World War. (They were Germans who feared internment due to their nationality and set off into the Namib, where they hid for a long, long time. Their book, "The Sheltering Desert" is a classic. Read it. http://www.archive.org/details/shelteringdesert007109mbp ) While here, we hatched a new plot, this one involves a walk down a section of the Kuiseb Canyon. I have been told I have to leave my beloved Niner behind and walk. For days. Now there's a challenge.

Beauty in the Land of Evilastus

Trying to come back to earth after the Dikwiel Kommando outing to the Namib. Much to digest before packing it out here.